A nun is dead. Murdered. The CSI case the scene.

At the morgue, the techs do a full exam.

They undress the corpse. Roughly break the rigor mortis in her joints. Swab her orifices and fingerprint her for evidence collection. Roll her on the cold steel table to ensure a thorough examination.

Later, the body with a y-incision is prepared for transport.

Note: Actresses are over 18 at the time of filming and the word “teen”, “teenage”, “young girl” are only meant to imply legal age characters regardless of audience interpretation. 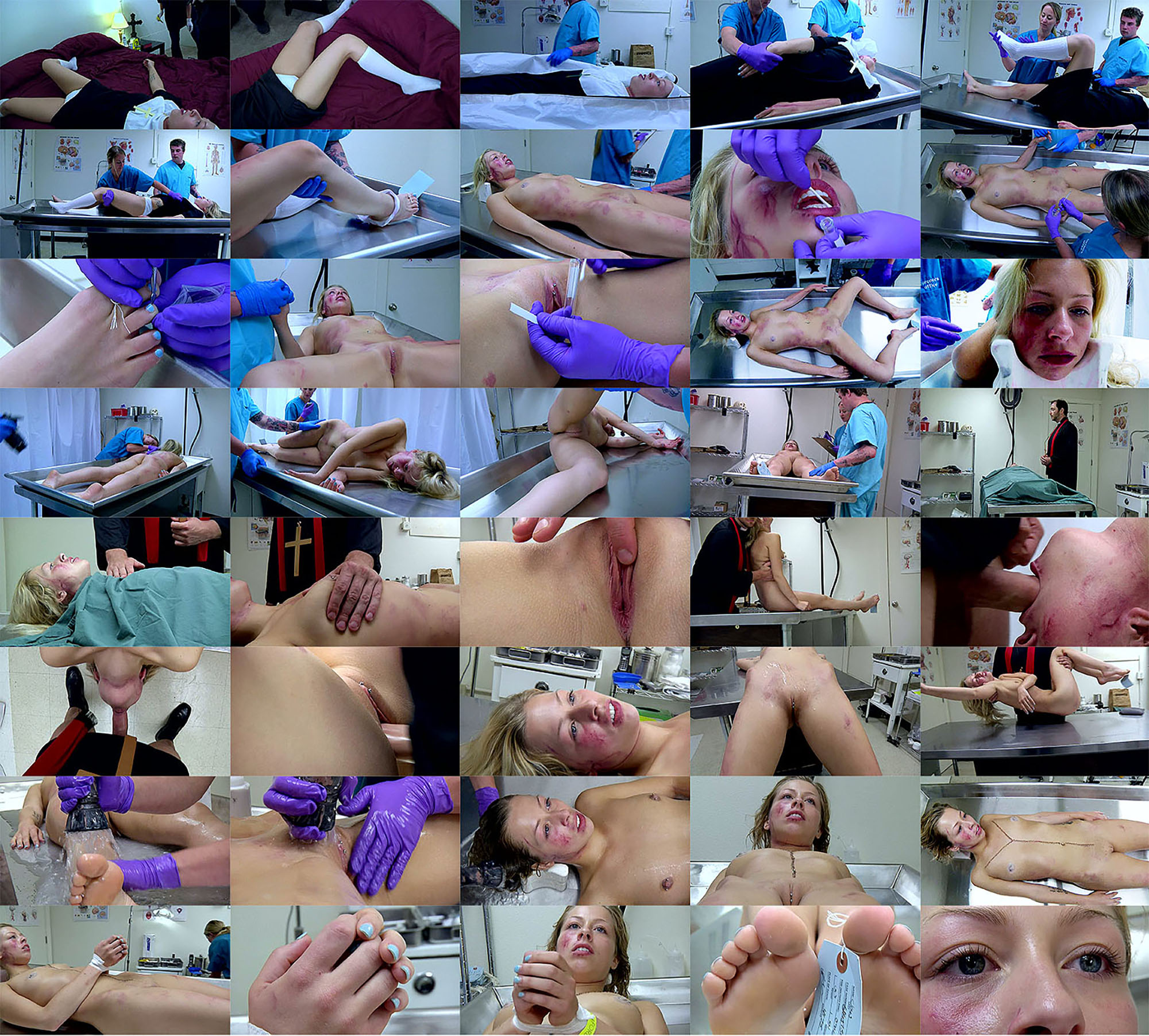