A surprising day for the morgue tech. Usually, the bodies he receives are victims of accidents from the nearby industrial facility, but today, it looks like he has a student from the nearby school. Poor girl, so young, in her pretty summer top–bottoms seem to be missing along with her footwear. And even more, the way she died….bruising on her neck—curious.

He starts in exam in the normal way, donning his gloves and starting with photos. It is clear she has not been dead long, 5-6 hours at most. He takes photos while looking her over. He cuts off her top, exposing her breasts with perky nipples. He then cuts off her panties. He takes her temperature, confirming his earlier guess. Then he uses the black light to look through her hair and examine the rest of her body meticulously-rolling her on her side to get at all regions. He scrapes under her nails, hoping for evidence that might point to her killer. Such a tragedy; murders were rare in his area, but for a recent uptick. The poor girl, she still had braces and now, would never be able to show off her beautiful teeth.

This was a unique opportunity, the tech decided, to really examine this young, pretty girl more closely. After all, it was after-hours and while this was a teaching hospital, there were no one in the observation area, nor were the cameras turned on. He removed his gloves and places his hand on her pussy. It was warmer then the room, which was designed to be cool–but not much. He felt a tingle in his loins and knew where this would go. It had been a long time since this happened and he would take advantage of this special occasion.

Exhausted, spent, he leaves the room, planning to reset and clean up his mess later. She is left violated, legs dangling off the metal table. 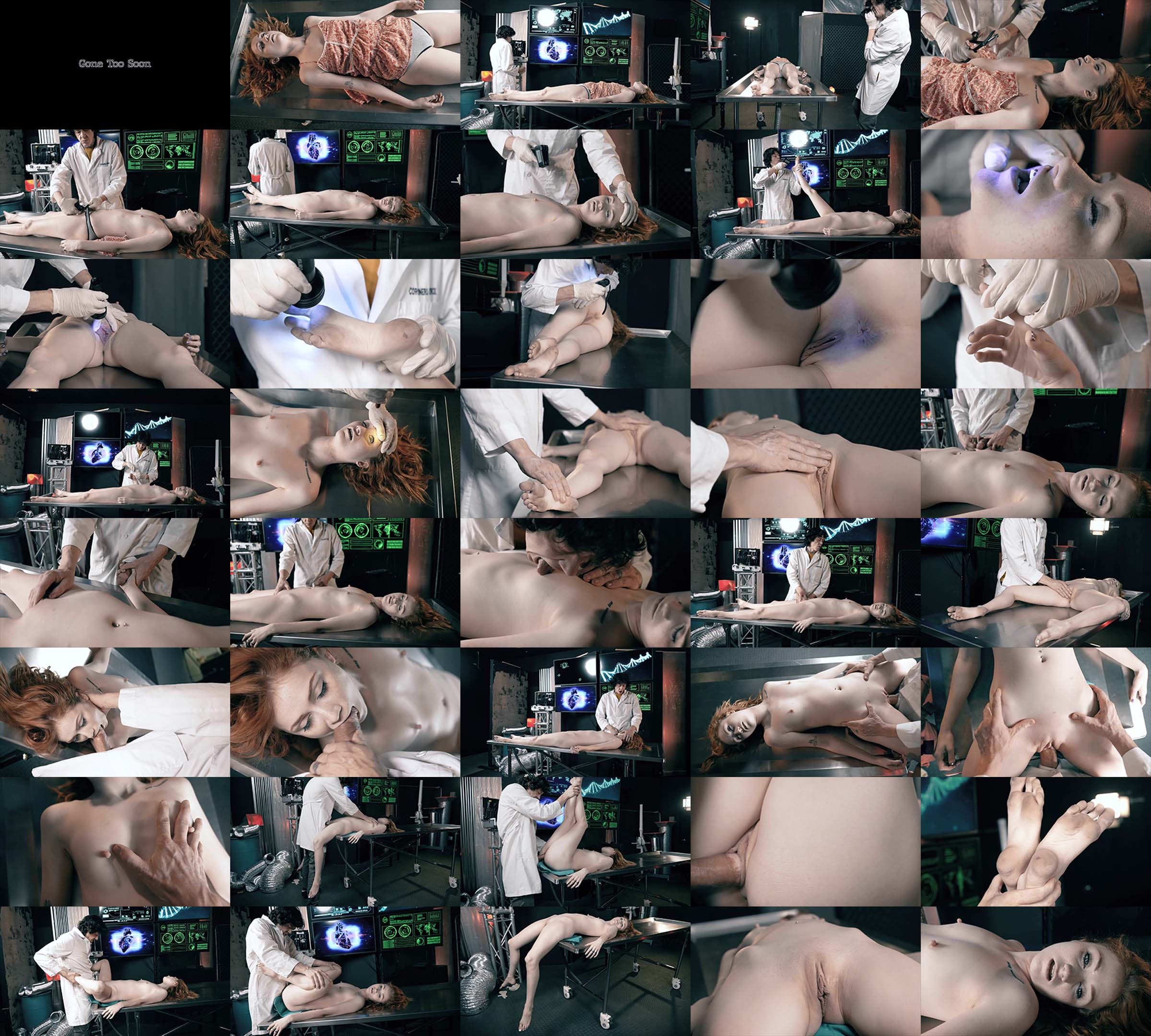 (Be sure to select the format you want, Original 4K or HD version)

(Must have an established account)
(Once logged in, please visit The Basement Store for the HD version and PKF Studios 4K store for the 4K version)