“Stella in the Morgue”
Starring Stella
Directed by JohnM

A young woman is in the morgue.  She has a gunshot wound beneath her cute summer dress. She is cold and pale as the medical examiner proceeds.

He takes photos intermittently as he does his work.  He cuts off her dress, exposing a clean bullet hold in her chest to the lower right of her left breast.  She probably died quickly, bleeding out internally.

He processes her body…taking finger prints and swabs, looking her over until he is satisfied he has collected all he can for evidence and logging purposes.  He leaves.

Later, the night janitor comes in.  He is always on the lookout for a beautiful corpse, and tonight he is not disappointed.

He left her sprawled out, planning to come back later to fix that, but for now, he needed to get to work. 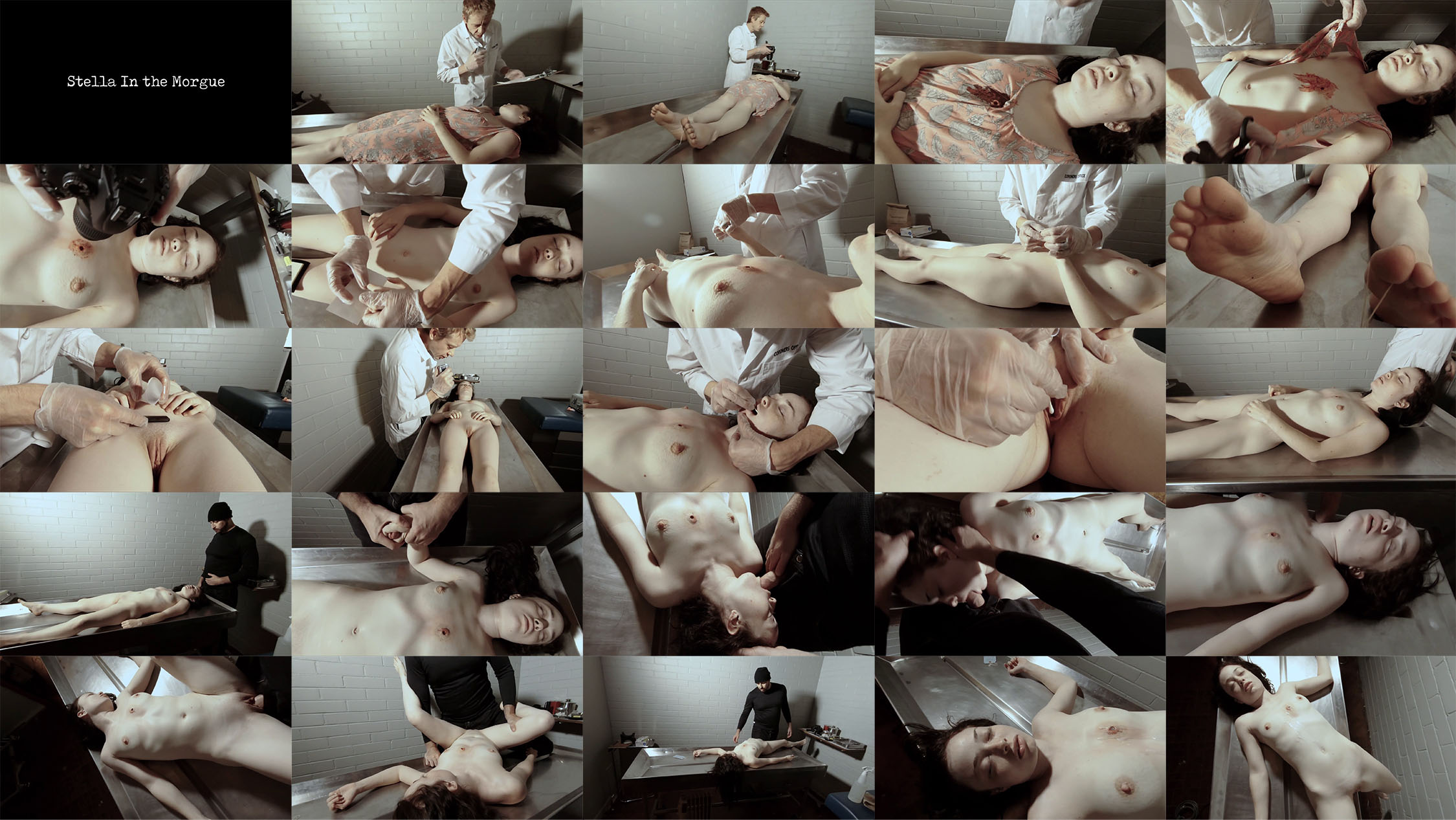