Casey turned 18 over the weekend and today she was waiting in her regular doctors office for her yearly checkup.  It was a small town and her doctor was also her gynecologist.  She was nervous.

A man entered the room, however, it was not her doctor, but a substitute.  Reluctantly, she got undresses and sat and waited for him to examine her.

He checked her blood pressure, heart and reflexes, then had her lay right down for her gyno exam.  Nervously she did as she was instructed.

She lay there while he explored her.  It did not feel right–it seemed like he was enjoying himself.  Finally, she got brave enough to complain.  He apologized for making her feel uncomfortably, then promptly injected her with something that knocked her right out.

Now, he would do what he wanted with her.

First, he massaged her great big natural teenage breast.  Then, he worked he way down, god between her lets and fucked the girl as she lay unconscious.

Her constant interruptions were distracting him.  So, he got behind her, wrapped his stethoscope around her neck and started strangling her.

She fought hard, her legs kicking, arms flailing and tongue lashing for air.   Her eyes were wide and face turned red.  She struggled for a long, long, long time.  Finally, she was dead and he went back to work fucking—this time her lifeless corpse.

She was tight, as a young virgin should be and as he sank his cock into her pussy, he reached into her mouth and pulled out her long wet tongue.  He left it out, wobbling as he fucked her hard.

Then, he went around to the side, and using his cock, shoved her tongue back into her mouth.  He fucked her mouth f

Then, he stripped out of the coat he took off of the doctor he murder, grabbed his tools, and was off to the next maintenance call at the next doctors office in the next small town.  Maybe this time, he will find a young nurse.

Casey, life cut short just after her 18th birthday, lay death, sprawled out, covered in semen on the exam table. 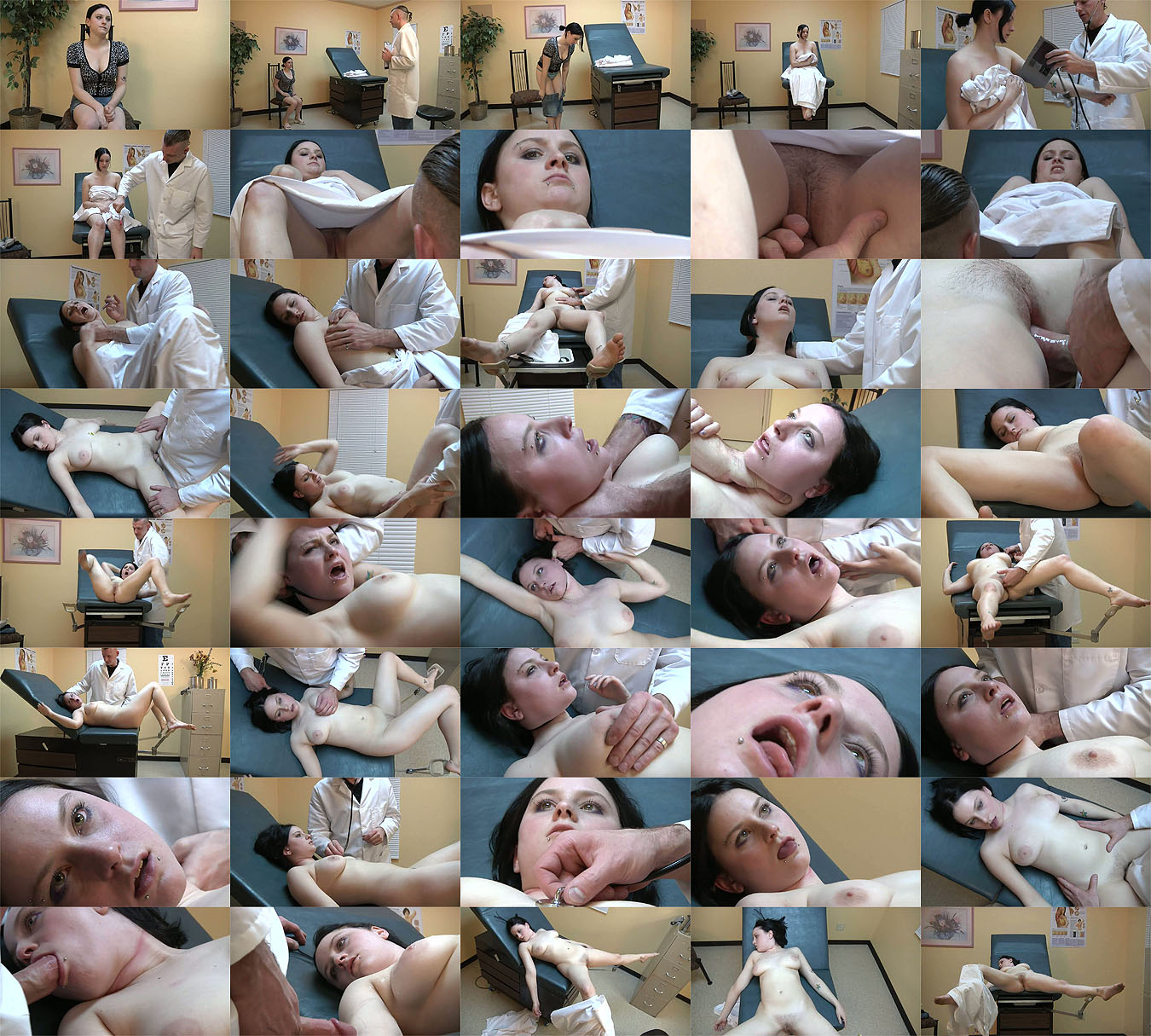