A young woman is attacked and strangled to death at work.  Later, the aftermath is documented on video.  At the morgue, she is processed.  The killer returns and murders the female morgue technician. He then has his way with the office girls corpse before leaving.

If you liked the original “Life and Death”, starring Jessika, I am sure you will enjoy this.  Dixon does a wonderful job playing an innocent victim, and a corpse through most of the movie.  The morgue scenes are detailed with the addition of rigor mortis with sound effects to match.  Please enjoy.

Erin was a pretty young woman arriving for an early start at her work.  Is was not the best job, but is was a job and she wanted to make an impression on her new boss.

Every day, she bussed across down to work.  A single mom, she took classes at night, worked all day, and relied heavily on her parents to take care of her son.  It was a lot of work, a heavy burden, but she was making it and soon, she would be in a place to start getting ahead in life.

She sat at her dest, cup of coffee in hand, ready to work–30 minute before anyone else would arrive.

Little did she know, she had a stalker.  And, today, he had followed her all the way into her office.

He attacked swiftly, yanking her back in her chair.  She struggled, slipped out of her chair and started to crawl.  He had her, pulled her too him, but she managed to twist around, kick him in the face.  Now, he was pissed–wrapped his gloved hands around her neck, lifted her up, forward, and started bashing her face into the copy machine.  Whaaap!  Whaaap!

Now, she was in a daze–a trickle of blood ran down her forehead and he lifts her up on her desk.

He wraps the mouse cord around her neck–she momentarily wonders why the company wasn’t wireless–and then she was being strangled.  Looking right into his eyes, through the veil of his ski mask, she struggled for air.

She was pinned by him, and tried to push him away, but had no leverage.  The air left fast, her gasping was hollow, and fast she started loosing it.

Finally, she was rolling up her eyes, the white ceiling tiles faded away, and she was dead.  He let her drop across her desk.

He looked at her, reaching out, touching her.  His precious cutie pie. He had been waiting for her for weeks.  Now it was time to enjoy the fruits.

Suddenly, he heard a voice.  He ran away.

Later, a crime scene was in place and they took video of the body.

Now she is another one in the morgue.  Dead.  Cold.  Rigor mortis has set in.  How long.  15 hours now, perhaps 24.  Tiffany Gravestein did not really care.  She just wanted to finish with this last corpse and get him to her cats and watch her stories.  A spoon full of chocolate fudge had her name on it.  Mmmmm fudge.

She opened the bag up.  The girl was pretty.  It was a shame–she looked so young.  20 years old.  She worked on her limbs, breaking down the rigor until she was more flexible.  Then she got her out of the body bag and onto the cold table.

She bagged the evidence–a mouse with a cord.  She wondered what the perp would have done if it had been a wireless mouse–beat her with it.  She laughed internally.

The shoes came off.  Socks. Toetag added.  Now a head block.  The clothes were cut off.  Fingerprints taken.   Wounds looked at.  Body rolled, sat up, flipped, manipulated and otherwise thoroughly checked out.

Later, she washed the corpse.  She made sure to soap her up good, scrub the feet, working up her entire body–breasts and finally hair.  She soaped up her hair, then rinsed it.

Once she was washed, she patted her dry with a towel.

….and that is when she was attacked.  He forced her into the wall–pushed his arm against her through—his rage, a cracking–she slide to the floor.  Dead.  Who would feed her cats now.

He looked at the girl.  She was pretty, but he had no interest in her. She was standing in between him and his precious.  She had to die.  He dragged her out of the room.

Now, he was alone.

He removed the gloves.  There was no need at this stage.  She felt her–touched her pussy.  He was ready.  He dragged her too him, touched her feet with his penis.  He got hard. He dragged her closer.  He fucked her.  She was all he envisioned.  She was his tonight.

It was complete.  He grabbed his gloves and left. 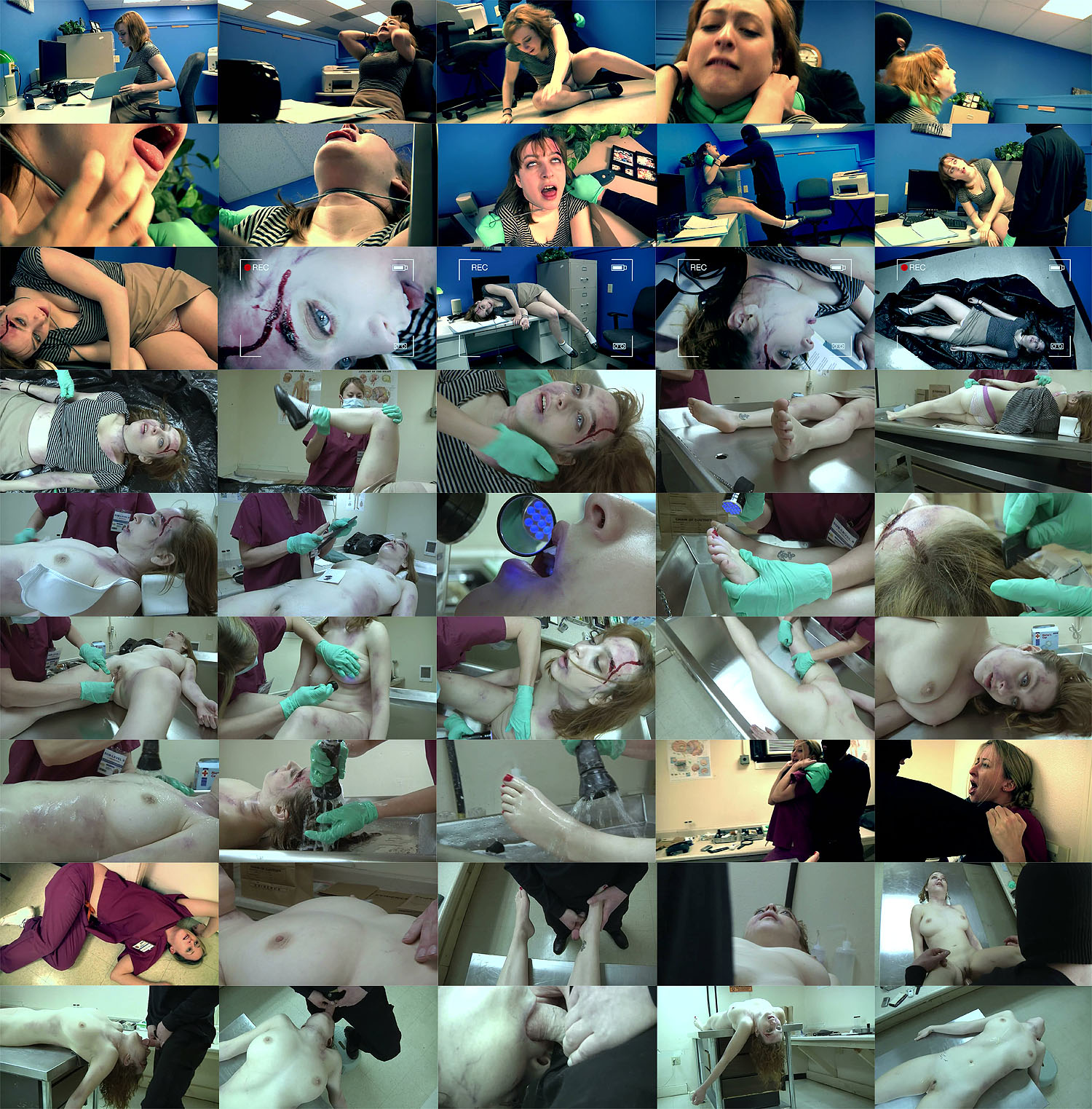