Synopsis:
A young woman stabbed to death by her ex-boyfriend.  In the morgue the morgue tech and an medical in residency examine her.  Later, when the tech leaves, the resident messes with the body.

She is on the phone, in a panic.  The break up was bad and now she is worried and trying to find consolation with her girlfriend.  But, that never happens.  He is standing in front of her, takes the phone and looks deeply into her eyes.  Then, the switchblade opens.  She looks at him, he at her–then he plunges the blade into her belly.

When he removes it the blood flows out, making it all to real for her. She looks up, not knowing what to do—in disbelief that this could be happening to her.  She looks up at him.  He reassures her, then stabs her in the breast, the point of the knife angled just right, pierces her heart.

She has only seconds after he pulls the knife out, starts to open her mouth talk, but only blood comes out and she

He looks at what he has done, drops the knife in her pool pf blood and leaves.

In the morgue, she lays.  Still in her clothes, bloody and very, very dead.  It has been 24 hours.  Rigor has past.  The morgue tech and resident come in.  He is in training, so the tech walks him through.

They cut off clothing, roll her, take pictures, measure wounds and comment on her condition.

The toe tag is added and they roll her completely over and check her further.  Hair samples are taken.  They roll her back and do a vaginal exam.

The tech decided to leave him on his own.  She has had a series of problems with the residence, but feels this guy has potential.

Alone he takes this oppurtunity to give her a special exam.  The gloves come off and he touches her cold corpse.  She is beautiful in death.  He cleans up her wounds, then gets himself read with her hand. He moves right to her mouth, posing her on the end of the table he is able to insert his member. He fucks her mouth several ways, but that is not enough.  He wants to feel his cock throbbing inside her cold dead pussy.

He repositions her again and is fucking her.  She is tight, cold and dead, but it feels so good to him and she is so hot.  Her boobs jiggle as he pumps her.  After a while he flips her over then fucks her doggie until finally spewing his load all over her ass.

Still in bliss, he is surprised by the tech as she comes in.  She is shocked and he just plays it cool and blow out of there as she stares in disbelief.

Later, she washes the victim from head to toe, soaping her up and making sure that all parts are cleaned thoroughly.  She even washes her hair.

Finally she is done and leaves the glistening body to air dry. 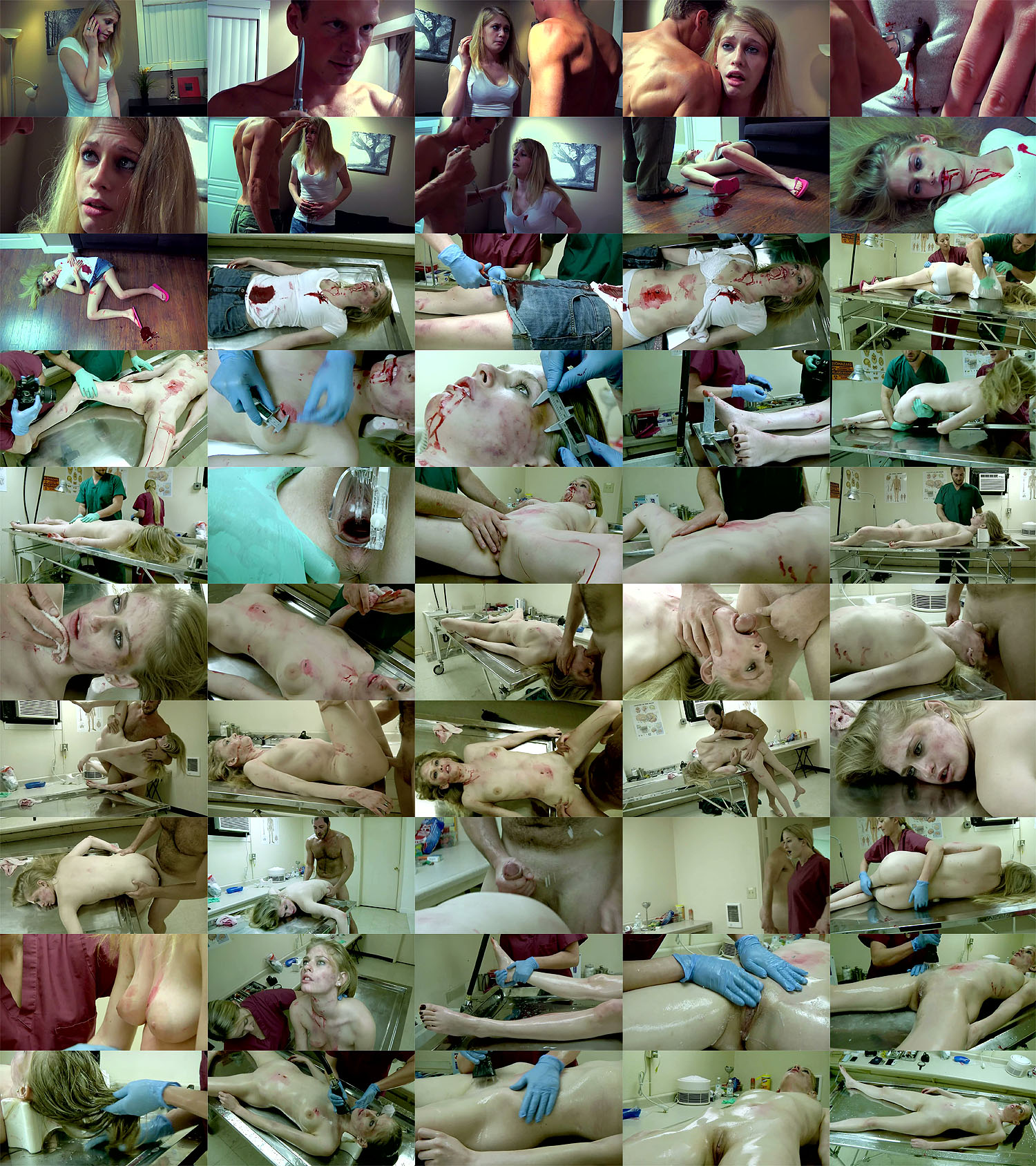