The the CSI processes the scene thoroughly.  She places evidence markers, take photographs and swabs the dead girls fluids.  When she is done, she calls it in.  Now it is the coroners turn.

At the morgue, she lay on the table exactly as she was found, clothing disheveled, panties and pantyhose still pulled down around her calfs.

She is tagged.  Only 25.  An office manager working late.  Attacked. Raped.  Strangled.  Maybe it was the other way around.  The evidence knows.

The mortician walks in to do her processing and determine whether an autopsy will be done later.

He processes the bagged items from the office.

Now it is her turn.  He removes all her jewelry first.  Necklace, earrings, watch.  Bags them all for printing.

Now he cuts off her clothing.  Every piece, one by one, then bags them as evidence.

Next, the clear baggies covering her hands are removed and scrapings are taken under her fingernails.  Her hair is combed through and anything found is scooped into an evidence envelope.

Her fingerprints are taken.

Then, the wound on her neck and measured and photos are taken.

Now, it is time to wash the body.  She is sprayed with water, slowly he washes her.  She is so beautiful.  He can’t help but notice.  Stan works long hours and it is rare to get such a perfect, young body.

Something stirs in him.

He keeps washing her, slowly until he feels she is clean.  He towel dries her–rolling her to make sure he has gotten all the water off.

Something is stirring in him still.

Now he slides his hard cock into her inviting mouth.  In and out, fucking her mouth–it feels so good.  He fucks the dead girls mouth for a long, long time, then decides he wants more.

Now, he has her at the end of the table.  He slides his cock into her pussy.  She is tight.  He pushes in an out, gets a rhythm and is now fucking this beautiful corpse.

After a while, he changes positions, letting her head dangle off the table as he fucks her.

Finally, he has her flipped over and is fucking her from behind.  He goes for as long as he can, then finally burst, shooting his load all over her ass and back.

He is done.  He is satisfied.

Now, he can go home and sleep.

Now, she can rest in peace. 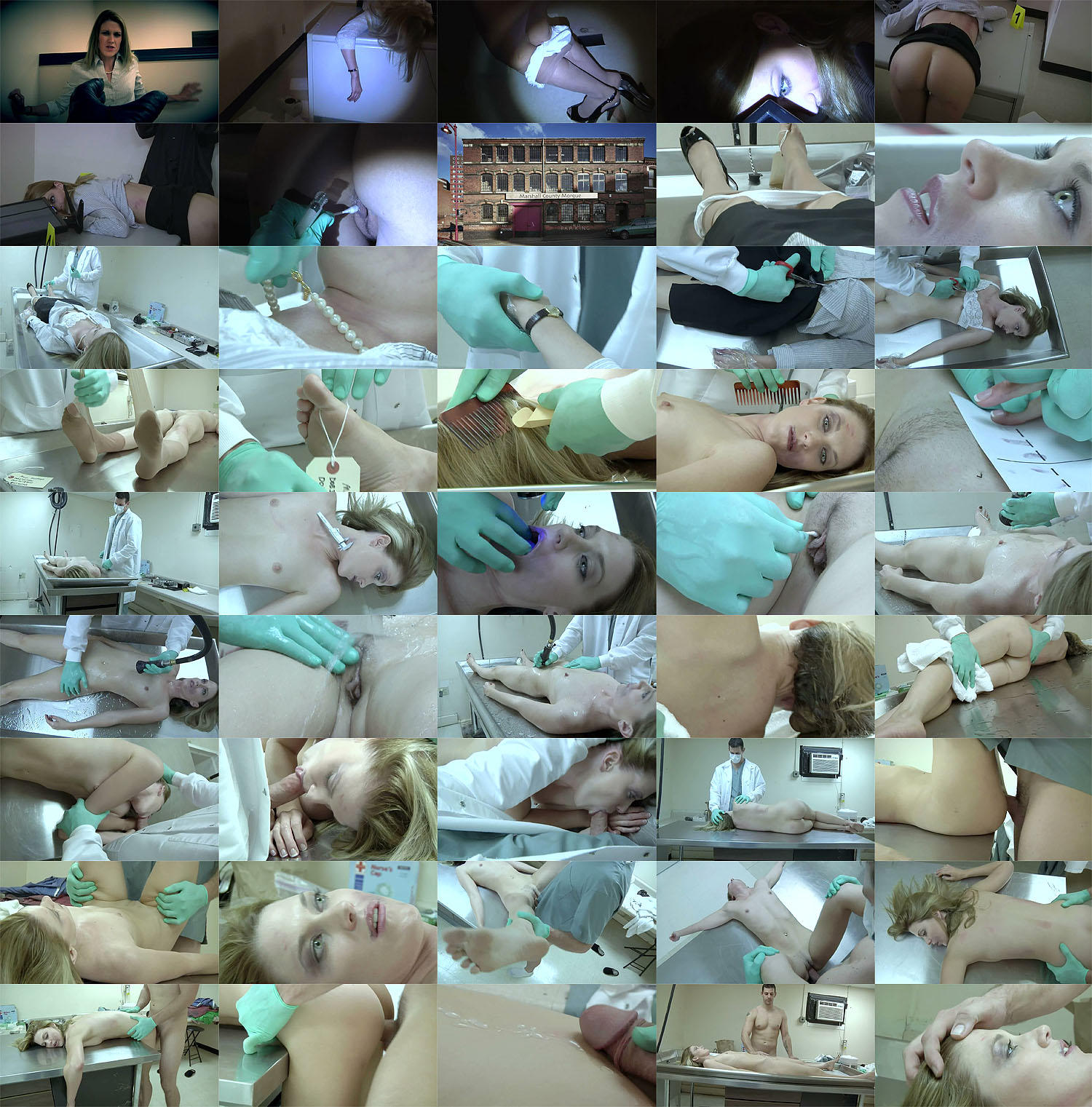