“Life and Death I”
Starring Jessika
Directed By JohnM

Jessika was young, innocent.  What she had in enthusiasm and intelligence, she lacked elsewhere in common sense.  And that is why she would be dead soon.

Frantically, she came home, calling for her parents, her younger sister.  They were nowhere to be found.  Strange–they should be home.  In her parents bedroom, she picks up the phone and calls her friend.  She is scared.  She interviewed the mayor today for the school paper.  He told her something.  Something he shouldn’t have.

But she was going to run with the story….it was her right as a journalist.  But, that was a mistake.  She thinks she was followed.
Hangs up and she grabs the camera with the interview.  Pulls the data card.  Where can she hide it?  Finally, she tapes it to herself.

What could go wrong?

As she turns, the man grabs her by the throat, tossing her like kindling across the bed.  She slams to the floor, tries to get her barrings, but he is up, over the bed, pulling her up by her neck.  Back on the bed, he is on her like a beast, sweat and smell, his hand on her neck, clutching it tightly.  Where is it he screams at her.  She plays stupid.  She might live through this if she doesn’t tell him–if she does, he will probably kill her.

The back the forth exchange, but the man is in a furry, so cuts right to the chase.  He does not need her alive to find it.

With that, a rope wraps tightly around her neck, and she is struggling for air.  It is the fight of her life.  All the ballet, cheerleading, glee club (well maybe not glee), it paid off and after an intense struggle, she breaks free.

Back on her, the rope tight, lifting her head up. She struggles and he strangles.  Then, flips her over, he sits hard on her stomach and pulls tight on the rope.  Her skin pinched.  No air.  Her legs kick.  Boots fly off.  Her face is red.  Her tongue out, eyes rolling up.  She struggles for a long, long time, but eventually, this poor, poor, cute girl dies right in front of him.  He is so turned on by this little athletic teenager, but he has a job to do.

He tears through the room as she lies still, staring at the ceiling.

He is back to her–searching her.  Finds it–taped above her cute little ass.

No time to spare, he says his goodbyes and is gone.

She is so, so alone.

A lot probably happens after.  Perhaps the neighbor checks on the family or her boyfriend.  Soon a search.  Bodies in the basement.  Her poor family.  All of them probably murdered.  And, she–now dead as well.  All to cover up something the mayor said.

But after all the stuff, she is still alone, but now, instead of a floor– on a metal tray.  Just like she was, but less color, more blue and purple.

The mortician comes in. She just does the preliminary exam.  The grunt work.  Bagging, cutting, etc.

First, she removes the jewelry.  Then, she does the hands, scraps the nails.  Next, cutting off the clothes.  All are bagged for evidence.

Her hair is combed through.  Her body is looked over thoroughly.
Finally, after the looking the rolling the measuring and the note taking, she is washed.

Slowly, the water trickles over her young, teenage body.  She is pretty.  Thin, athletic build, and so much ahead of her in life.  Not anymore.  The water beads up, rolls off.  She washes her from top to bottom, taking some extra time at her feet.

And, then it is over.  Notes written, exam done.  The full autopsy to follow later.

Jessika lies cold, naked and alone on a metal tray in a county morgue. 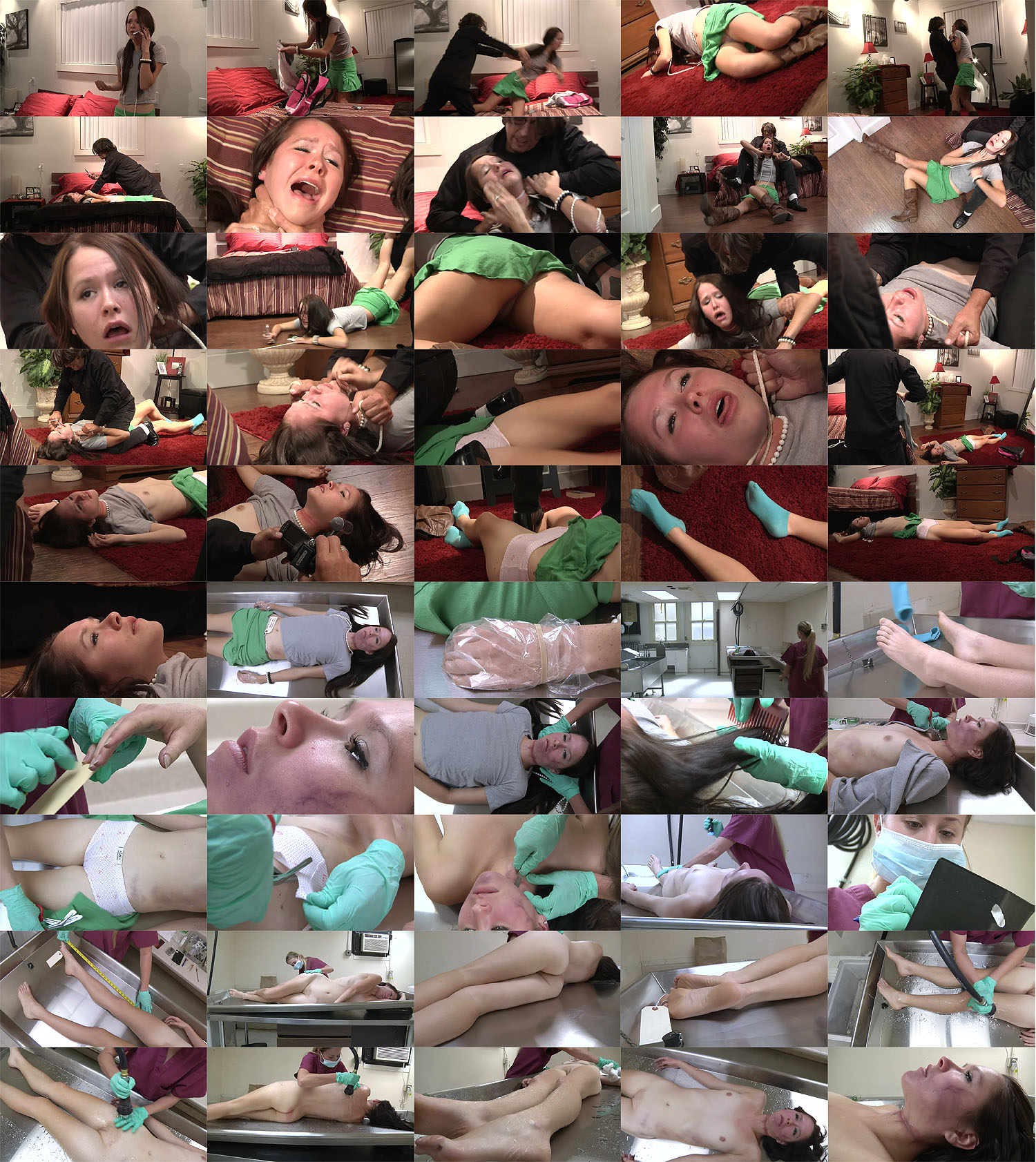