The morgue tech heard the rumors but could not believe they were true.  An outbreak of some sort was causing havoc all over the city and rumors were…well, a bit strange.  A fresh corpse awaited him in the morgue and he was determined to find out.

Behind the quarentine curtain was the petit body of a young women.  Gunshot victim. Sealed in plastic.  He moved her to the exam table and tore the plastic covering her face.  My god—it was a girl he knew from the coffee shop down the street.  He was planning to ask her out.

Suddenly, her dead body started to spasm, blood bursts out of her mouth and he saw something in her eyes that made him grab his gun and shoot her in the head. He did not know what it was.  But if the rumors were true, she was truly dead now.  She was so beautiful in life and now, she was a dead mess.

A little shaken, he continued his exploration. After she was out of the plastic, he cut off her clothing.  He checked certain parts of her out a little closer….for medical purposes of course.  Soon he got the call.  There was no contagion.  She would be safe to work on more thoroughly.  Having plenty of time at his disposal and the privacy of his workspace, he proceeded to have that first date he wanted and he was certain he was going to get lucky with her…..corpse. 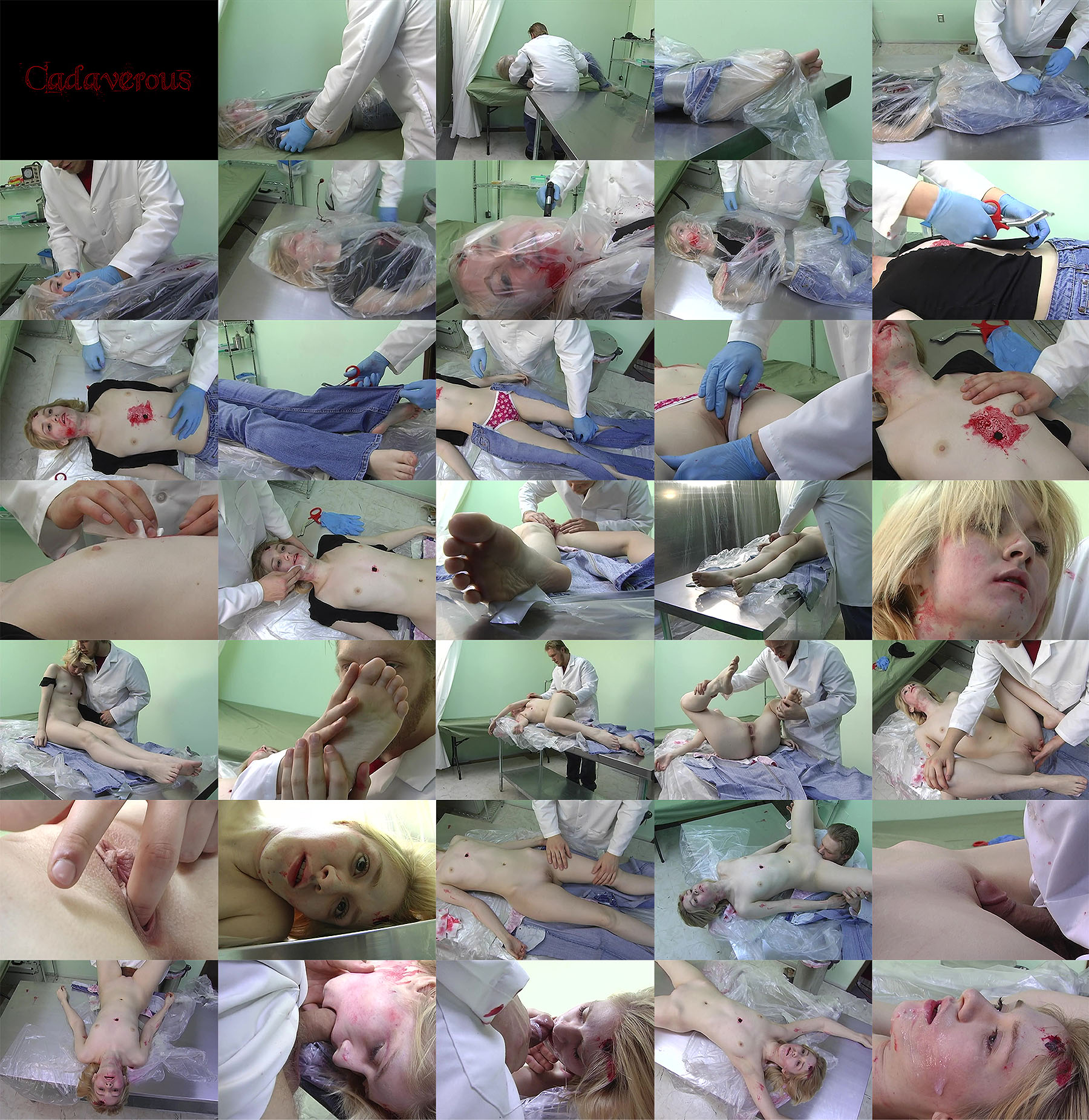