Special Agent Monicka Marshall has infiltrated the Sandle Corporation and confronts it’s owner who is a known weapons dealer. He gets the jump on her, shooting her several times until she is finally dead. He fucks her bloody body hard on his desk. Later, he visits her in the morgue to find out who she was and decided to examine her more thoroughly while he is there.

Special Agent Marshall was given the go ahead to make the arrest. It was a simple procedure. She had been an employee at the Sandle Corporation for 6 months while the investigation on it’s owner proceeded. All she had to do was wait. And now, it was after hours, he had no security, no other employees around. She approached him with some papers to sign, then pulled out her gun.

But, he had a piece under his desk, and sent a round into her soft belly. Blood poured out of the wound as she mustered enough strength to raise up her 9mm. But, he fired two more times–hitting her in the belly and abdomen. She fell forward, the exit wound clearly seen soaking her back. She still, managed to get up, her heels unsteady in her own blood, and he shot her two more times in the chest. She went down, struggled a bit, then was still–staring. Blood poured out of the wounds, soaking her shirt and pooling around her.

She would not be getting back up. After he concluded his phone call, he checked her out. She was stunning, even covered in blood. He pulled her around, sliding easily in her blood. He got her up on his desk, over on her tummy, her ass toward him. He was instantly hard, and slipped his cock in her hot pussy. He fucked her hard until bursting inside her. Then he left her—his office was trashed. The cleaning crew would have it back to normal in a jiffy.

At the morgue in the local hospital, he gained entry using his connections to get a fake badge. It was after hours and no one would disturb him. He checked her ID. He was impressed that this young, beautiful agent tried to stand up against him.

He took his time giving her a last treatment. First, taking off all her clothing–looking at the damage he caused her. He then rolled her over, seeing her exit wounds and the back of her head. He played a bit with her brains–in a small baggie tied to her arm. Then, he spread her legs and fingered her tight, cold pussy.

He rolled her back over and started washing her. Using a bucket and rag, he slowly went over her whole body, watching the soap and water mix on her skin as the blood was washed off.

Once she was washed, he wanted her one last time. So, he pulled her to the edge of the table and fucked her tight, cold hole until he came all over her belly.

As he was leaving, he tried to close her eyes, but they stayed open, so he gave up. He left the pretty dead agent with her legs dangling off the edge, ready for the next guy who might want her. 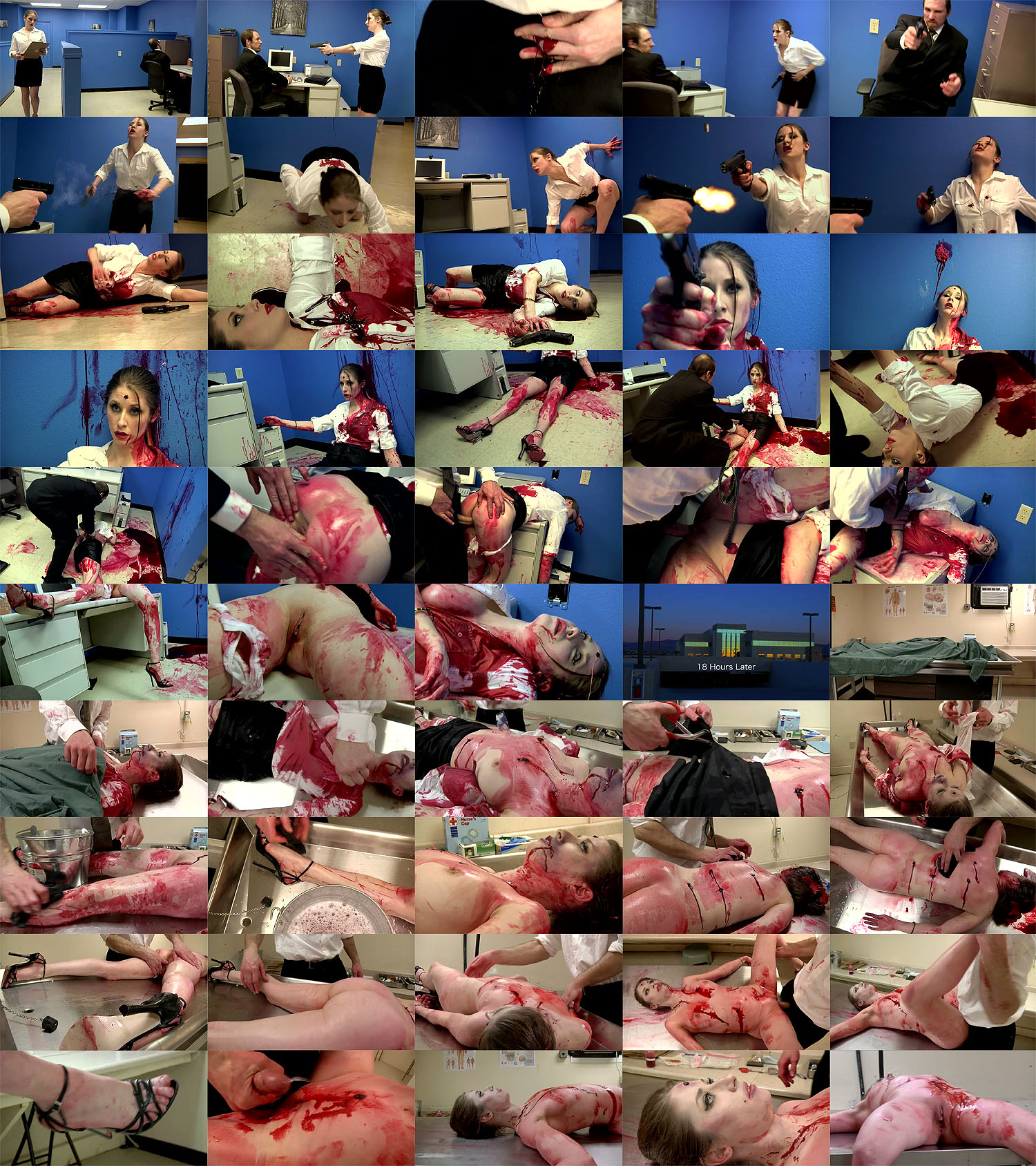